The People of Balance 180: Jaime Gomez

The People of Balance 180: Jaime Gomez

We all have someone in our lives who has made a lasting impact. A role model of some kind. Well for me, that person was one of my former gymnastics coaches, the late Jaime Gomez.

Jaime Gomez was my coach, my mentor, and my inspiration. He was kind and generous with a passion for gymnastics that was almost tangible. He was the kind of person you couldn’t help gravitating towards, and if you were lucky enough to find yourself in the same hemisphere, you knew your world was going to change for the better.

For those of you who did not have the good fortune of meeting him, Jamie was a dedicated gymnastics coach, male gymnastics judge, and a mentor who was wholeheartedly committed to helping his athletes achieve their full potential. One of his main qualities was that he believed in his athletes and would do anything to help them succeed. Jaime believed in me, my 10-year-old version of me. He believed in me more than I think I’ve ever believed in myself. He made me want to succeed, even on the toughest days where all I could think of was giving up.

Jaime was the kind of coach who would push you and push you hard, but it was different than those coaches you feared or detested. In my case, I wanted to be pushed by him, I wanted him to challenge my limits, and push me further than I thought I could go. Because at the end of the day, I knew it was because he really believed that I could do better, be better. And that feeling that I got as an athlete, the way he inspired me to work for something and achieve it, lives on in me every day. 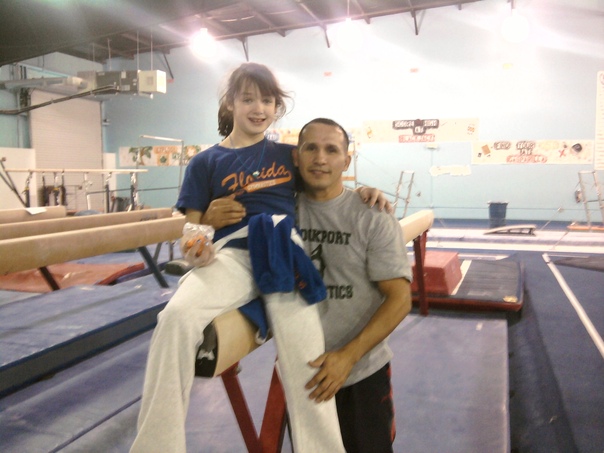 So how was Jaime linked to Balance 180? Jaime Gomez was part of the original team who dreamt up Balance 180. He envisioned a gymnastics center that exuded positivity, a place where children of all abilities felt not only welcomed but celebrated, a place where athletes could shine. He drew up our very first blueprints, researched the equipment we needed, and brought his passion to the project. He dreamed of a place where every athlete felt supported, challenged and special.

Today and every day I think about Jaime Gomez with pride and inspiration. Inspired to be the kind of coach he was by making all of our athletes feel empowered, challenging them, and helping them believe in themselves. Inspired to keep his memory alive every time the Balance 180 doors open and we welcome all of our gymnasts.Jaime was an outstanding coach and passionate about gymnastics and committed to the athletes he trained. He was taken from us through a tragic traffic accident. In his memory, we have established the “Jaime Gomez” Scholarship. This award is presented to a Balance 180 athlete who displays the same charisma, enthusiasm and work ethic that Jaime displayed every time he entered the gym. Thank you, Jaime. We love you and your legacy lives on.