What is Your Outlet, When Words are Challenging?

What is Your Outlet, When Words are Challenging?

For Madi Livingston the answer is gymnastics. When Madi was a toddler, her parents noticed that she wasn’t meeting significant milestones that other children were. At the age of two, she was diagnosed with developmental and speech delays. She began seeing a speech therapist. Nevertheless, communication was constantly a struggle. Growing up, Madi bounced around trying to find a sport that was the right fit for her interests, and that met her particular needs. A holiday event in December 2014 helped Madi find her passion for gymnastics. Madi and her family attended the Pond Lighting charity event at North Florida Regional Medical Center where Balance 180 had a chance to perform. Madi watched the Adaptive Gymnastics gymnasts, a group of special needs children, and the USA Gymnastics Competitive Team gymnasts do gymnastics side by side. Inspired by the performance she told her dad, “If they can do that, then I can too.” The next morning, she sprang out of bed and said that she wanted to start gymnastics classes and within 24 hours of the pond lighting Madi signed up for the Adaptive Gymnastics program. 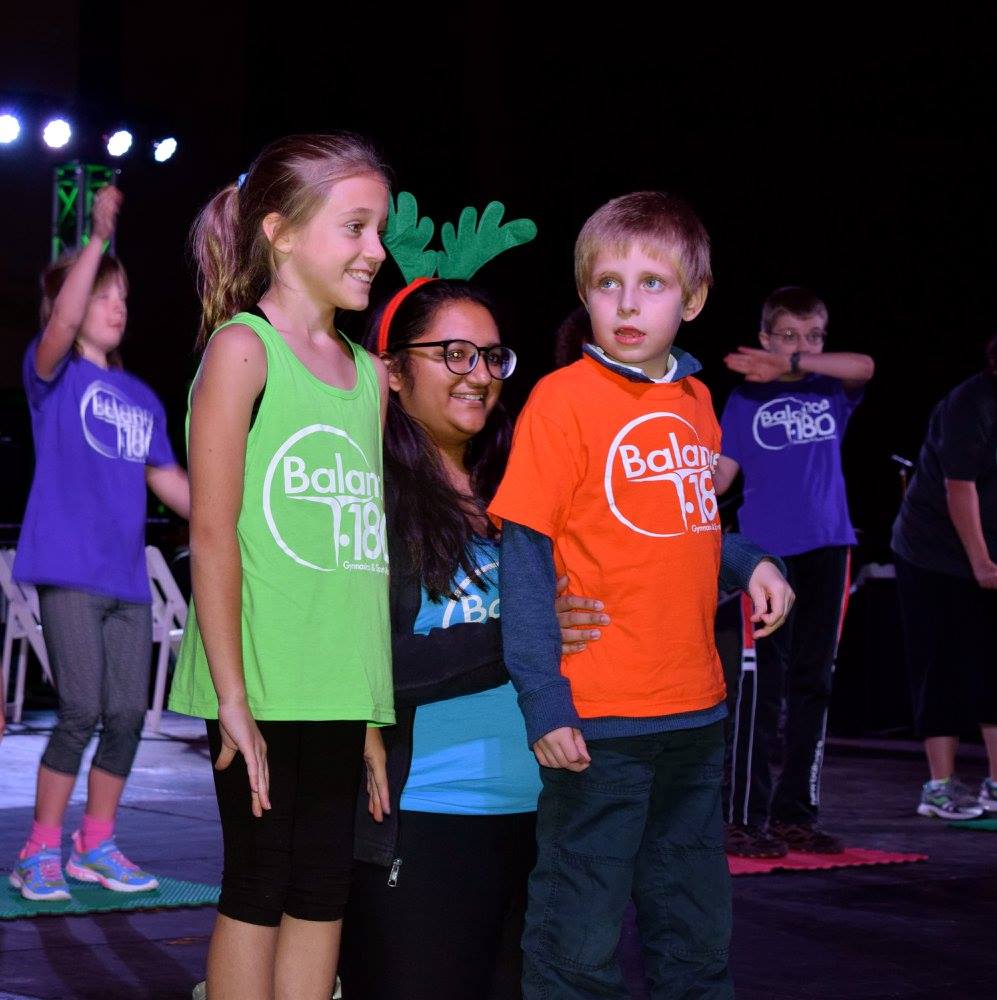 Fast forward two years later, Madi enjoys training with the Balance 180 Special Olympics Competitive Team. Competing was a dream that Madi and her family never thought possible. Yet with hard work Madi has mastered many challenging skills and was ready to tackle this competition season. When posed with the question, “What have you learned from gymnastics,” Madi responded that she learned how to be confident and express herself in a way she never could before. Gymnastics has taught her how to believe in herself. Madi’s mom Natasha Livingston echoed her daughter’s comments saying:

“It’s been a big confidence boost, to be able to express herself without feeling like she is less than anyone else.”

In gymnastics words are unnecessary. Therefore, Madi can show how strong and capable she is without the redundancy of speech that can be so difficult for her. She can push boundaries and excel in a way that she is sometimes unable to do in other aspects of life. In gymnastics, the apparatuses are Madi’s stage and she deserves a standing ovation. 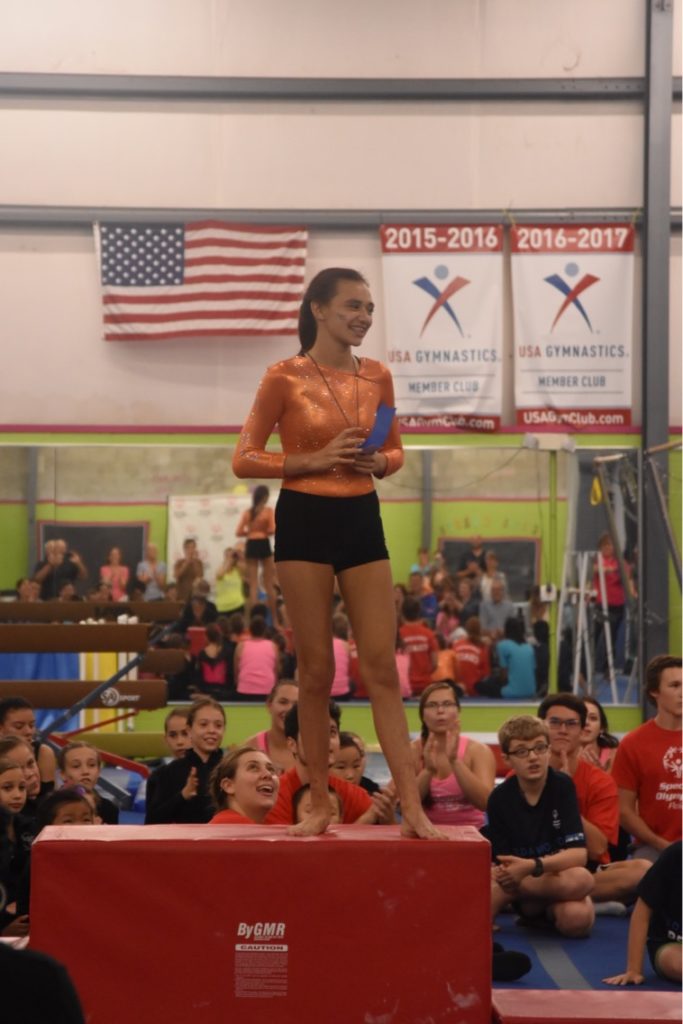 Congratulations to Madi on winning first place in her division on vault and floor.    This past weekend Madi earned the opportunity to challenge herself and shine. She competed in the Special Olympics Florida Area 4 Games. That competition included the newly formed Balance 180 Special Olympics Gymnastics Team, Special Olympics gymnasts from Miami-Dade County and Balance 180’s USA Gymnastics competitive team. All athletes were on the floor, eager to show off their skills, cheered on by family and friends. The competition was only one element of the day. The friendships and connections that formed throughout the competition were even more meaningful. 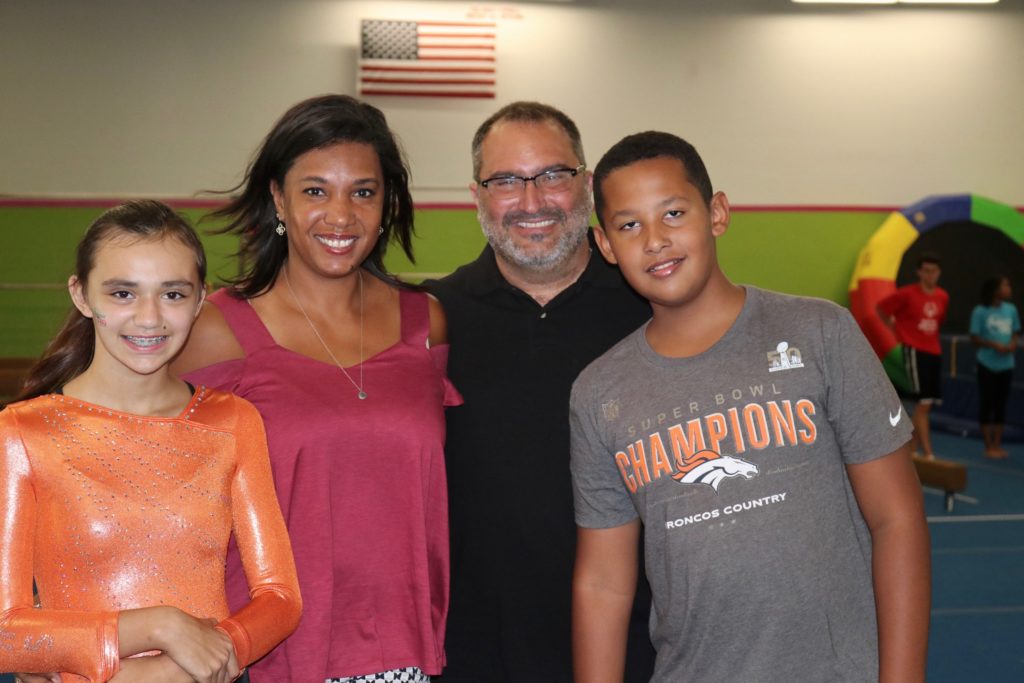 ﻿At one point, as Madi was getting ready for her vault event, she asked one of her coaches to point out our USAG Level 4 athlete, Abigail. Madi mentioned remembering seeing Abigail perform at the pond lighting event back in 2014. Abigail acknowledged Madi’s gaze and gave her a quick smile. They immediately created a sign of the connection and the likely friendship that would follow.  It was a beautiful moment of reflection in which Madi could realize just how far she had come from the day she saw Abigail for the first time on stage. Finally, she was here, competing gymnastics, the sport she loved.